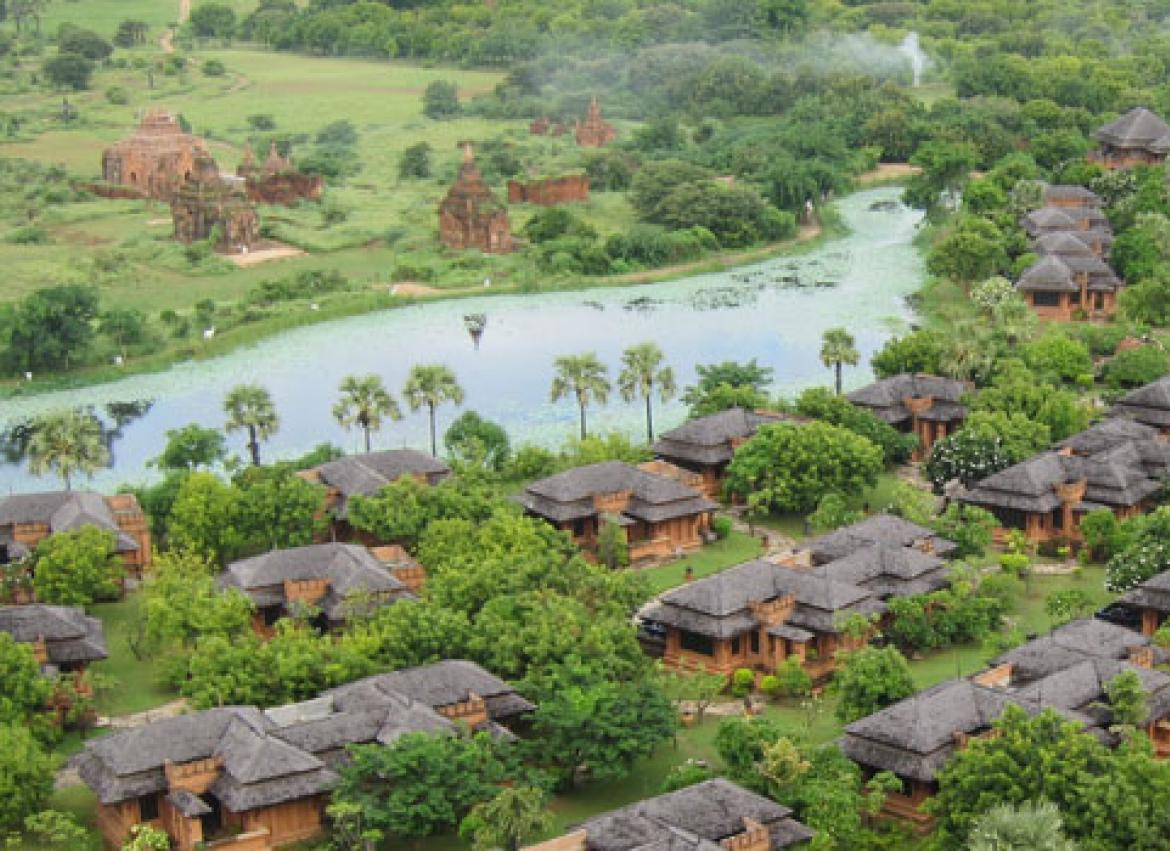 Even though they will not be allowed to operate, over two dozen “limbo” hotels in historic Bagan can finish up construction, a recent directive said. The properties still cannot accept a single guest, but will be permitted to function as a private residence instead, according to the Bagan Heritage Management Committee.

It’s a small consolation for 25 of the 42 pending guesthouses, and doesn’t look remuneratively promising. The guesthouses and hotels are primarily 10- or 12-room properties that would be run by locals looking to cash in on the hordes of tourists coming to see ancient Bagan.

Scores of hotels already line the fringes around the iconic temples, as many were built before the 1998 law banning development inside cultural heritage sites was enacted. Others were allowed later in contravention of the law, some by businesses with links to the regime, and some even cite official permission to build obtained from the Department of Archaeology and National Museum.

But since seeking the prestigious heritage listing – which officials hope to achieve by 2017 – the city has been scrutinising guesthouses with renewed vigour, including a series of inspections conducted by outside experts.

Earlier this month, 129 properties deemed to be operating too close to the ancient site were given a 10-year edict to move to a special hotel zone. The 42 mom-and-pop hotels engaged in various states of construction were told to halt operations. Sixteen of those guesthouses say they already hold licenses.

“The 25 buildings under construction can apply to complete construction as a residential building but they cannot operate as a hotel, motel or guest house legally,” said the March 20 directive to Bagan hoteliers.

“The 17 proposed hotels will not be allowed to resume operations,” the statement added. The hoteliers have already put together a rebuttal and last week submitted a petition asking the President’s Office to reconsider the Bagan Heritage Management Committee’s directive.

“We can’t accept this decision since it is not fair,” one hotelier said. “We already submitted for a licence and it was approved by the Ministry of Culture. Yet before we could open, they have changed their minds and now say our investment can only function as a residential building.”

U Tin Htoo Maung, Nyaun-U district administrator, told The Myanmar Times the directive from the Bagan Heritage Management Committee should not be treated as the final word, but instead the Archaeology Department, the City Development Committee and the Tourism Department all need to discuss and align their policies.

“They have nothing to worry about if their hotel licences are really legal,” he said of the hoteliers. For 15 of the hotels hoping to take reservations for Thingyan, the heritage committee’s directive was a crushing blow.

“We already accepted room bookings for Thingyan so will we be compensated for the losses? Will we have to pay for guests to have other accommodation?” a hotelier said. Sai Kyaw Ohn, deputy minister for tourism, said he had reservations about the recent decisions surrounding the Bagan hotels.

“In my opinion, all the hotels should be allowed to operate at least 10 years after finishing building,” he said.