The Samsung Galaxy Fold. The Huawei Mate X. The new Motorola Razr. Each one suffered from an inconvenient delay or worse. Looking back, it’s possible to forgive this first wave of foldable phones announced in 2019 for their peccadilloes. It’s not easy pioneering a new, complicated phone design, and the industry needs time to learn from early mistakes. In 2020, we might not be as forgiving.

Built to double your phone’s screen size and fold into a more portable package, foldable phones are poised to redefine how we use our devices. But high prices — at least twice the cost of their traditional counterparts — and designs that leave their displays and hinges vulnerable to damage place them on shaky ground.

In 2020, foldables have more to prove. For the vast majority of people to even consider them a viable option, their prices will have to come down and their designs will have to improve considerably. Here’s what we need to see.

A sealed design that starts with a sturdy screen

Today’s foldable phones have plastic screens, not glass. That’s not ideal. Plastic leaves these devices more vulnerable to damage from anything as banal as a stray fingernail or crumbs working underneath the screen to an accidental poolside splash or sidewalk drop. Motorola added a hard coating to the Razr’s plastic display to make it stronger, but that’s something we need to test when the phone comes out. (The Razr goes on sale Feb. 6.) 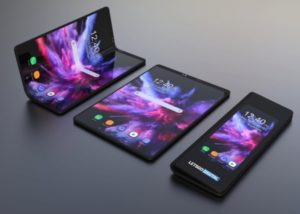 But one rumor suggests that the Galaxy Z Flip we expect to see Feb. 11 at Samsung’s Unpacked event will be the first to use an ultrathin bendable glass screen. One company also thinks that diamond glass will bring greater strength and flexibility to foldable phones.

Beyond the screen, foldable phones also need to be completely sealed so that dust and other debris won’t gum up the works. This was a repeated problem with the Galaxy Fold review units, which caused Samsung to delay the phone’s sale by four months and completely redesign it.

Sealing the phone design also protects it from potential water damage. Exposed gears on the hinge mechanism also pose a problem. Imagine if a thread, pebble, or grain happened to get caught where you can’t easily remove it.

Let’s talk about the crease

Before the total meltdown of the Galaxy Fold’s screen on early review units, phone fans worried if the constant bending could cause a permanent crease.

I’ve always likened this crease to an elbow, in the sense that when material is pulled taught and then loosened, there’s got to be somewhere for the slack to go.

Every foldable phone I’ve seen so far has a crease, from prototype to finished product. The Razr has the least obvious hinge trough because it’s only as wide as the phone, roughly 2.5 inches. By contrast, the Fold closes side to side, which makes its crease the same as the Fold’s height, about 6 inches tall. Motorola says that the internal hinge design also helps deemphasize the crease, though you can still see and feel it.

Glass displays, refined hinge designs, more reinforcement underneath the display. Whatever phone-makers need to do to make the screen smooth will make foldable phones more appealing to prospective buyers.

Killer apps that shift seamlessly and without delay

New ways to use apps on a bendable display will play a big role in convincing people that the foldable phone is somehow more productive, enjoyable or convenient than a typical phone — and therefore worth the extra investment. And that is going to take a killer app.

TCL’s prototype for a cheaper foldable phone is the first I’ve seen that’s rigid enough to stay open at a 90-degree angle. I can see a genuine split-screen mode where it acts as a mini laptop with a keyboard or gamepad on the bottom part of the screen and an app or game on the top.

Smooth transitions will continue to be important in building a satisfying foldable phone. On the Galaxy Fold, Google has made Android work well. When you open the phone, the app switches quickly from the outer to the inner screen.

That’s impressive, and I have no doubt that Google will refine the software to make the transitions even smoother.

An outer screen that does enough

Not all foldable phone designs have a second display, but those that do all take a different approach to how you use them. As a general rule, though, the smaller the secondary screen, the less you can do on it.

You can open any app on the Galaxy Fold’s 4.6-inch outer display, but the dimensions are so squished that typing is frustrating. It’s best for viewing notifications or scrolling through a social media stream. Typing isn’t even an option on the Razr’s external 2.7-inch display, which is strictly for viewing and for sending simple canned responses to messages.

Foldable phones in 2020 will need to better design what an outer screen should and shouldn’t do.

Battery life that can keep up with screen time

Along with the screen and camera quality, battery life is consistently one of the top three features that phone buyers care about most. An expensive foldable phone that can’t last a full day, or that loses significant capacity over the course of a year or two, won’t win long-term fans. Phone-makers that can give their devices comparable battery life will have an advantage.

Large-screen phones have become good at extracting all-day life from extra-large batteries, but foldable phones are a different story. Most of the designs we’ve seen use two smaller batteries that combine to get enough capacity to power it for a whole workday.

Separate batteries may be a solution for now, but they’re less efficient. Instead, one large battery will get you the most mileage per charge. Foldable phones will need to find a way to make these phones more efficient, or risk angering customers who paid top dollar for less battery life than they expect.

Foldable phones are extremely expensive — even the smaller, simpler Motorola Razr will cost $1,500 when it goes on sale. But support for 5G data, a must for premium phones in 2020, will bump up the price even more. Paying a compounded premium for both foldable and 5G would be a hard pill for the average consumer to swallow.

For foldable phones to succeed, they need to be affordable enough for more people beyond early adopters to buy. It’ll take time, but if we see a competent sub-$1,000 foldable phone go on sale by the end of 2020 (this $350 model has ambitious goals), there will at least be a blueprint to follow.