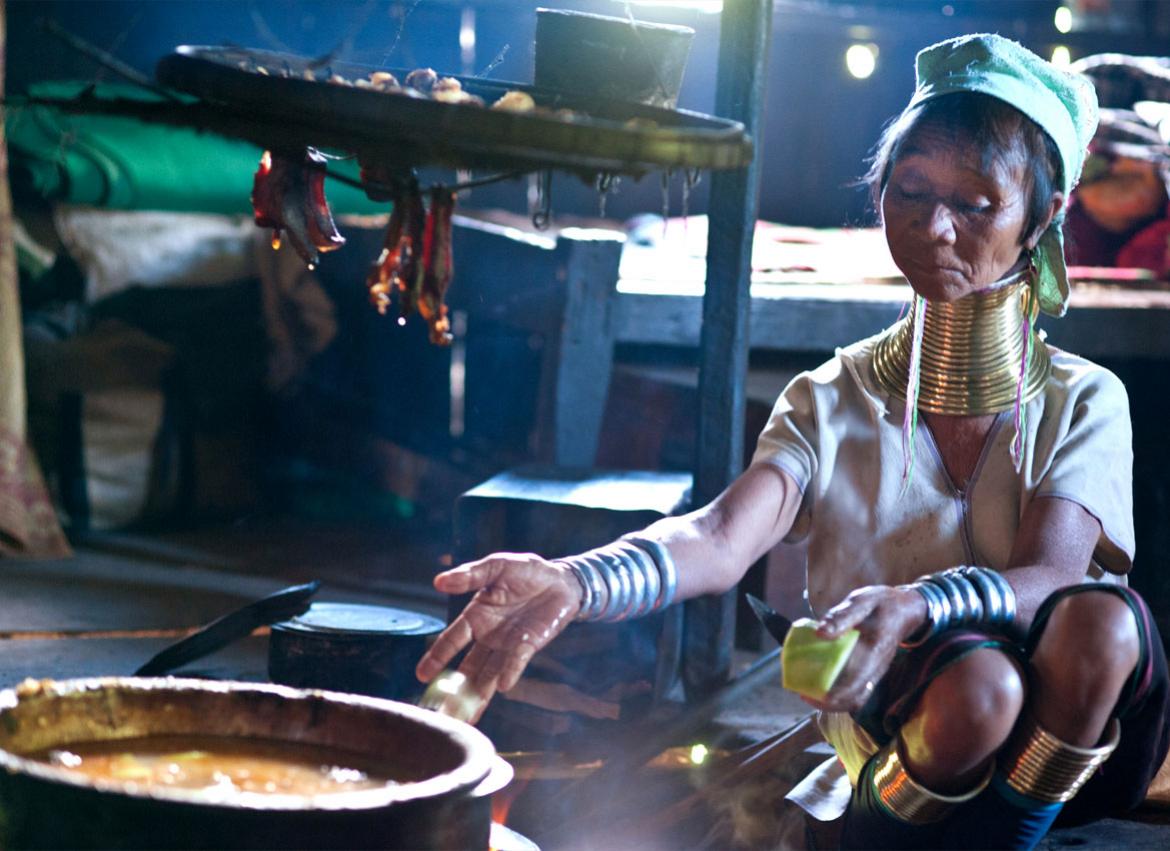 “I didn’t want to leave this imperfect paradise, yet the very pleasure I took in it somehow rekindled my childhood tendency to imagine what other paradisal places there might be in the world.”
So writes Pascal Khoo Thwe in his book “From the Land of Green Ghosts.”

The power of Pascal’s lyrical memoir – shot through with the terror of an oppressive regime battling a restive people – has long drawn many curious travelers to learn more about Kayah State.

The origin of Kayah

Formerly known as The “Karenni” or “Red Karen” States, the region was largely animist when the British arrived in the 19th Century and proved a fertile region for Baptist and Catholic missionaries. Many churches remain today, including the Christ the King Cathedral in Loikaw, the oldest Catholic place of worship in the region.

Squeezed between the Federal Shan States to the North and British Burma to the South, the independence of the Karenni States was recognised in a treaty between the British and the Burmese King Mindon Min in 1875. After the annexation of Upper Burma in 1885, Karenni kept its independence meaning that it never officially became part of British Burma. 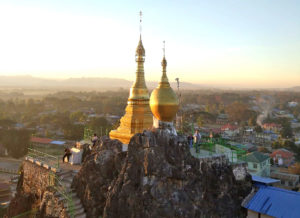 Karenni became a single constituent state of the Union of Burma in 1947. In 1952 it was renamed Kayah State, perhaps in an attempt to push a wedge between the Kayah and the Karen who were at that time fiercely fighting for independence from the Union.

Kayah State is home to a multitude of diverse ethnic groups. On growing up there, Pascal writes,

“To a child, living amongst them all was like being in a garden full of highly coloured and sharply differentiated blooms.”

Pascal himself is of the Kayan, more commonly known as the Padaung, famous for their women who traditionally wear brass neck-rings, pushing down their collar bone making their necks appear longer.

Pascal’s grandmother was one of the “long-necked women” to be toured around Great Britain during colonial times. More recently, Kayan women have been on display in “human zoos” just over the Chinese and Thai borders. Today, at Inle Lake tourists can gawp at posing Kayan women and even at a “Kayah restaurant” in Yangon.

Much of the early tourism to Loikaw and its surrounding villages was of this nature. Visitors would arrive, take photos, pay the women, and depart. Not only did this give no agency to the local residents but nor did it facilitate the dispersal of the money that tourists were spending.

Pascal now works as an advisor to the International Trade Centre (ITC) in their development of inclusive tourism in Kayah State in collaboration with the Centre for the Promotion of Imports from developing countries (CBI.) By opting for the ITC / CBI supported tours and activities, visitors to Kayah today can engage with the communities in a more respectful and economically sustainable way.

One of the most popular activities in Kayah is to take a hike outside of Loikaw incorporating a “Kayah picnic” of peppery Kayah sausage – roughly chopped-up and mixed with powdered pumpkin seeds and the local flower ma lupu.

Surrounding the villages are muddy tarns in which oxen wallow, and on the banks boys scramble to catch crickets to be used as bait on the end of their fishing rods.

Local guides from these villages lead you themselves, making the introduction to the women who sell a variety of handicrafts and may, if the mood takes them, play a little ditty on their guitar. Into village houses travelers are invited to try more traditional delicacies and perhaps also the local liquor. 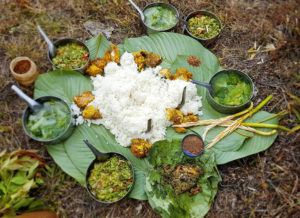 In Loikaw itself, visitors can explore the outlandish TaungKwe Pagoda, the old palace “Haw Gyi”, and travel up the Bilu River to see villages of the Inthar. Further north at Phekon (where Pascal himself was born) we recommend stopping by the grand John Paul Church before travelling up to Samkar and Inle by boat.

The sustainable development of Kayah State as a tourist destination is a warming success story. Between 2015 and 2017, international tourist visits to Kayah have increased by 130%, while domestic visits have more than doubled. An estimated 90 part-time jobs have been created in local communities and over 30 inbound tour operators include the new products in their offering.

In addition to the economic benefits, it is hoped that by putting the control back into the hands of the people of Kayah State, the intangible cultural heritage of the Kayah, Kayan, and other ethnic groups is sustained, and the worth in doing so made evident to the youth of the region.

In this way, Pascal’s “imperfect paradise” is preserved for future generations of proud residents, and curious travelers are able to experience the land of green ghosts with the local communities – on their own turf, and on their own terms.