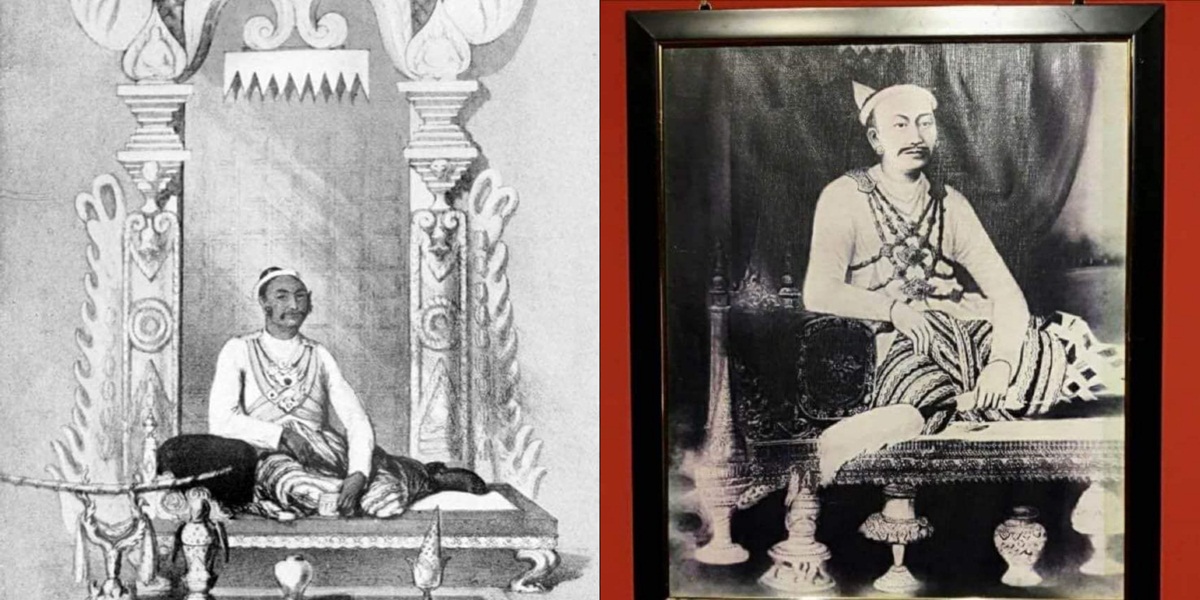 Yes, what we see now is a picture of King Mindon. But this is not a photo. It is a portrait of the British painter “Carlos Vattegrin”.

In fact, British photographers came to Amarapura and Mandalay in Naypyitaw at that time and said that he had tried very hard to photograph Mindon Min. However, he did not get a photo of himself and did not enter the palace.

The British ambassador arrived at the Amarapura Palace on September 1, 1855, and was accompanied by photographer Lianeus Tripe and painter Colesworthy Grant. The leader of the ironclad is Arthur Abacus. At that time, the photographer had asked permission to take the monarch but he did not allow it. 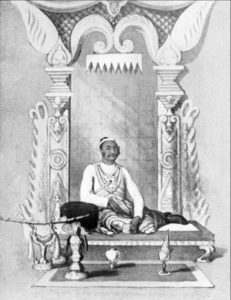 When this was not allowed to be photographed, painter Grant was trying to create a portrait of King Mindon. The English artist Grant’s work is also very good. In Rangoon, a picture of Maung Maung’s son, thirty-year-old son of Commander Maha Bandula. Amarapura has also been painted with a picture of the mayor and important Burmese fortifications along the route to Amarapura.

King Mindon has already heard of the painter’s message from Nay Pyi Taw and is cautious.

“If the Piars arrive in Naypyitaw, no man can bring anyone before him except for the painter,” said King Lover, through the Prince of Persia. Even if the artist does not even give in to the artist in front of him or her, the accompanying photographer will be.

When the painter Grant granted him access to the monarchy, he offered a replica of the white elephant in his palace.

King Mindon, who saw his portrait of a white elephant, gave the artist Grant a glass of wine. At that time, the artist, who had received a royal entrance in the East, marked the face and body of the monarch and re-painted the royal portrait upon his return to the tent.

What you see now is a portrait of the monarch (the one pictured in that painting) painted by the painter Luis Wythera. The British Embassy did not allow him to take a photo of King Mindon, but he was able to draw a portrait. And the painter Grant had a portrait of the prince in front of the house. Photo of Magway King U Kyaw Oo; King of Myaung Taung How to eat? He also painted portraits of the left-haired granddaughter, U Thant, a grandson, and other important figures. Although Min Min refused to take photographs, he was very impressed with the photo equipment and asked him to teach a young Burmese man in the palace. 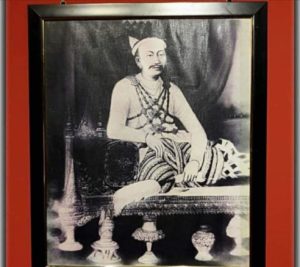 So, what we see is that Mina Min Gyi, as we see it, may have just been copied later by Burmese artists. This is exactly what the original portrait of painter Grant painted.

In my opinion, only the portrait of King Mindon, mentioned in Henry Yule’s book “The Court of Ava”, appears here (pictured here). Because the artist is a member of the cast, like Henry Joel, who wrote The Court Of Ava, who also wrote about the King’s attempt to copy the king and the royalists.

Nonetheless, I am particularly grateful to the painter Ko Loswatthit Grant for his painting. If he hadn’t tried to draw a portrait of the king, we would not have seen the monarch now (even if it was not a painting).

In my mind, I was frustrated by the monopoly of refusing to take photos, and even though I was allowed to take photos, it was impossible to understand what happened to a ruler who ruled a country.

However, his era, When you take a look at his situation and the situation in Myanmar at that time, you have to understand the monarchy.

Under Hsipaw, an Armenian man in the palace was given a fixed salary of 300 kyats, a royal photographer, and another Indian woman. Thus, in the days of King Thibaw, it may have been common to see photographs of his subjects, including the king and queen, as well as photographs of ordinary citizens back then.