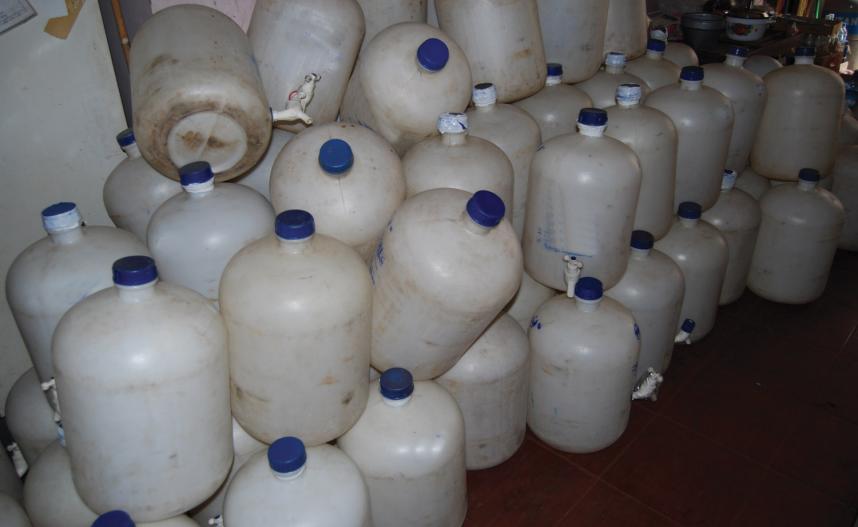 We already know how bad plastic is for our world. But millions of plastic are being manufactured every second. They still can’t recycle well. As a result, plastics are found on land, land, and land. It accumulates in rivers and oceans, and is endemic to wildlife and wildlife. And severely disrupting ecosystems.

We are now involved in the suffering of this plastic. More specifically, drinking a glass of water in a container of water can lead to a bad outcome for you.

Micro plastics is a piece of plastic that is smaller than our nails. According to some estimates, 275,000 metric tons of plastic particles are deposited within the waterways per year.

The study was published by researchers at the state university in New York. The survey was only published in Orb media, a mainstream media outlet, and has not been published in the scientific journals. They tested 259 bottles of water from 11 countries. They experimented with putting red ink in purified water bottles. (Red ink usually sticks to plastic.) The ink that is attached to the plastic is flying over the water. According to their calculations, a container of pure water usually contains 10.4 particles of plastic. Nestle also contains about 10,000 particles in a container of pure water.

According to the survey, people who drink a liter of plastic water bottles a day are living in the tens of thousands of plastic particles a year.

If this was not done, then you would not be drinking plastic particles from the water bottles. 83% of tap water contains similar plastic particles. However, the content of the bottled water is almost twice as much as that of the average barrel, according to the survey.

It’s hard to think of a way to solve this problem completely. What you can do now is with municipalities and drinking water companies. Factories only have to filter carefully before distributing water. Even so, it is important to know that plastic particles are floating in the water in real time, even in plastic containers. Therefore, we should not drink water from plastic bottles that have long ago. Water does not expire, but it is dangerous in its container.

We believe that someday, all countries around the world will be able to completely eradicate plastic for the environment, one day at a time.