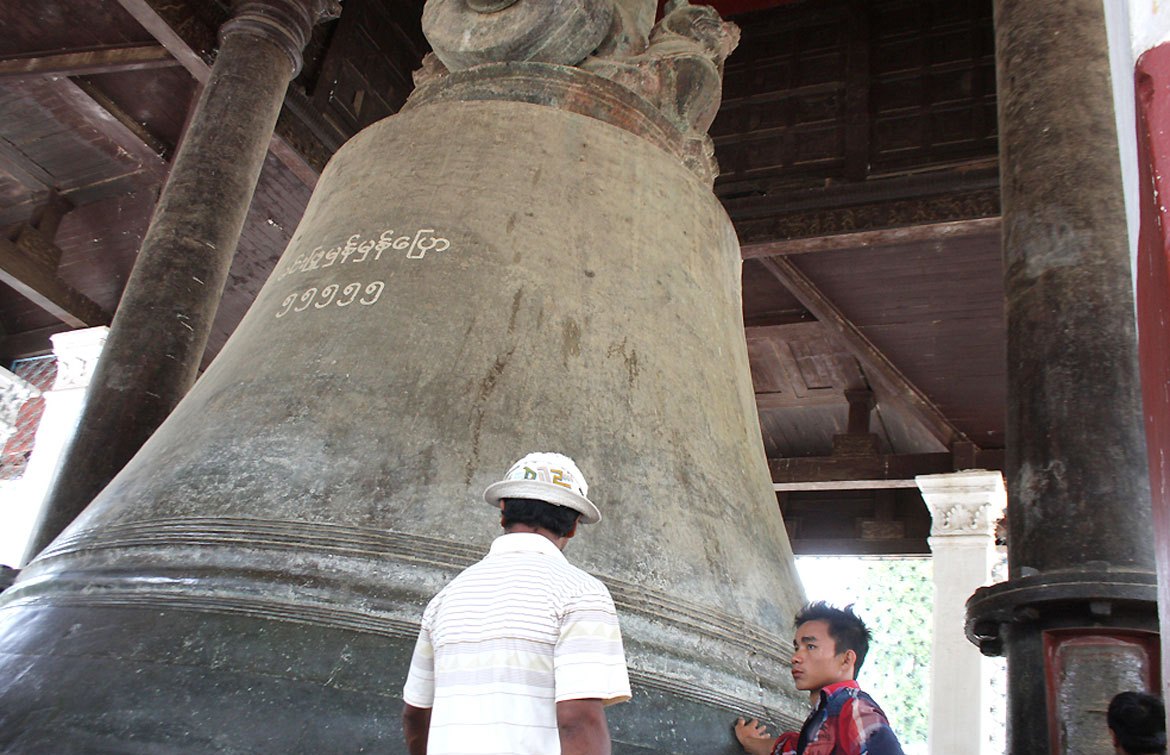 Whether you’re a short-term visitor or a resident of Mandalay, you have the opportunity to visit many interesting places. One such place is MinGun. The last Myanmar kingdom in Mandalay is just a stone’s throw away from the city, where you can experience the town’s ancient heritage, as well as tasting some of the local food, culture and recent history along the way.

MinGun is situated in the Sagaing Region, and is divided from Mandalay by the Ayerwaddy River. It has one of the most revered pagodas in the region, and getting there from the “big smoke” is something of a joy in itself.

You can reach the town by river or by land. If you chose the land, you’ll have to pass the Sagaing entrance gate by car and motorcycle. By river you’ll need to go to the Mayanchan Jetty at the corner of 26B and Strand roads, where several boats will be waiting for you. 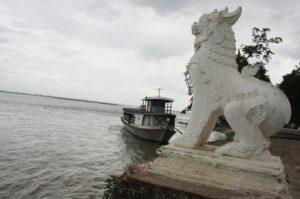 Whether you chose the river or the road, it will take around one and a half hours, but the views will be different. If you go as part of a group, either by car or motorbike, you can take a leisurely break whenever you like – one of the charming features of travel in the Myanmar countryside! By boat it will take longer if there is a high tide and strong wind, but you’ll pass many picturesque scenes of village life on the way.

The breeze over the river is refreshing, which is something special in itself. The view from the road is also pretty special, with more opportunities for the keen photographer. Get up close and wander around – village life here is very photogenic.

There are no fast food restaurants in MinGun, but don’t let.that put you off. Food prices are very generous, like the portion servings. After you’ve had a dish or two, you can look around the art exhibitions and at the souvenir shops.

The MinGun Stupa, bell and Myatein Tan Pagoda are some of the most impressive places in the area – so make sure you save time for these. The main stupa, built by King Bodawphaya, was damaged by an earthquake in 1839. The view of the Ayerwaddy River from the roof of the stupa is breathtaking, but visitors were forbidden by the government to climb since the 2012 Shwebo earthquake tore down some of the building’s exterior.

Though the stupa was never completed by King Bodawphaya, it became one of the most famous religious structures in the world.

After visiting the stupa you might want to check-out the MinGun bell and Myathein Tan Pagoda. Here you’ll get a view that’s as tasty as the fish-infused flavours of the Hko Taung Mone Tee, just overlooking the Ayerwaddy River below.

Aside from the pagodas in MinGun, the area is also known for a series of aged care homes. If visiting old people isn’t part of your planned travel itinerary, you may want to consider visiting these peaceful retirement centers beside the river. The facilities were established over 100 years ago, and visitors or donations are encouraged. 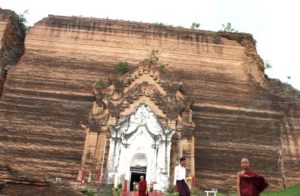 Finally, if you’re worried about getting old yourself, and concerned about forgetting all the travel details in this article – you might want to pay a visit to the statue of Venerable Mingun Sayadaw Gyi (U Vicittasarabivamsa) at the pagoda. The Sayadaw was included in the 1985 edition of the Guinness Book of Records as having the world’s best memory. His mnemonic feats include recalling some 16,000 pages of the Buddhist canonical texts in Yangon back in 1954 – way before the days of computers, smart phones or even photocopiers.

You can see artwork depicting the Tipitka books that the MinGun Sayadaw memorised, along with his picture at the Tipitka Nikaya pagoda exhibition.

The MinGun region is frequently hit by earthquakes, but the pagodas and surrounding buildings have stood the test of time. It’s an unforgettable trip, in terms of the places to visit and the many things to do along the way.