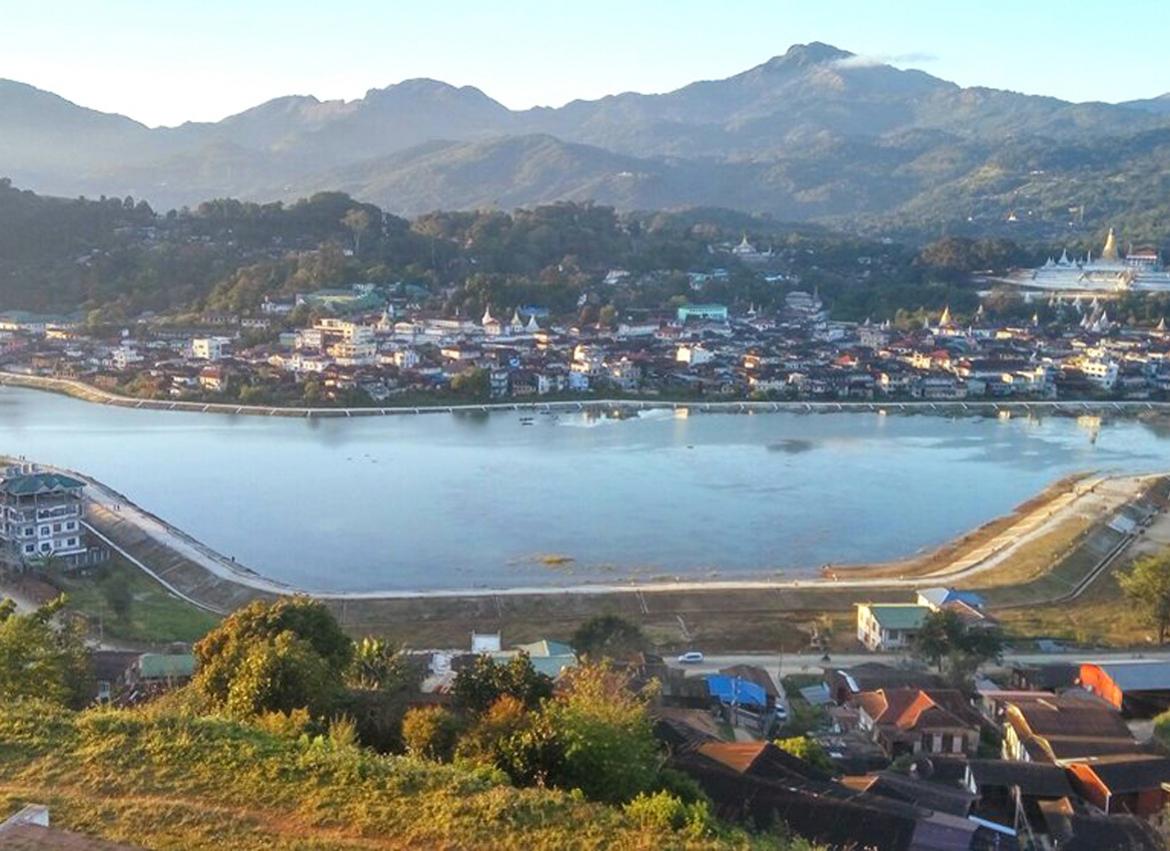 Locals hope celebrations will put the ‘Ruby Land’ on the tourist map. Planning has begun for celebrations of the 800th anniversary of the discovery of gems and subsequent founding of Mogok, a rather auspicious occasion for the city which now produces 90 percent of the world’s rubies.

The three-day celebration will take place in Mhone Kwin field, in central Mogok from March 29 to 31 and include a fashion show by famous designer Mogok Pauk Pauk and evening performances by famous native singers.

“Mogok is known as the ‘ruby land’ because it is a town which is world-famous for the quality of its rubies. The gems trade in Mogok has been dated at 800 years,” said Dr Thet Thet Khine, a native of Mogok and a member of the committee for the 800th anniversary celebration of Mogok.

In his book Padamyar Myay (Ruby Land), author U Thein Lwin outlines what is the most widely accepted history of the founding of Mogok. The story goes that three lost hunters discovered rubies at the base of a collapsed mountain in 1217. The hunters returned to their hometown of Momeik with the red-meat coloured gems and offered them to the saopha who then ordered his guards to set up a village on the site of modern-day Mogok.

“It has been almost 800 years that different ethnic groups have lived in the area peacefully. Ethnic culture, their customs, food, flowers and plants are also major attractions for tourists,” said Dr Thet Thet Khine.

But U Min Thura, a resident of Mogok and information officer of the anniversary committee, said gem mining in Mogok dates back even longer – to the 9th century Bagan era.

The Myanmar Encyclopedia suggests that Mogok rubies have been used in royal jewelry for over 1000 years. But much like the whereabouts of said royal jewels, concrete evidence to corroborate a change in the timeline of the first discovery of gems at Mogok is scarce.

There is however, little doubt that the spoils of the ruby land have for centuries contributed untold wealth to powerful royals and elites, said U Min Thura.

Located in a mountainous valley in the Shan plateau 200 kilometres north of Mandalay, Mogok is renowned producing high quality rubies and other gems and precious stones such as sapphires, garnet and moonstones.

Mogok’s 166,000 residents are made up of diverse mix of Burmese, Shan, Palaung, Lisu, Pa-O, Chin, Kokang and Golkha, many of whom work in the city’s mining and gems trading industry.

In the last decade, young residents of Mogok have been leaving their hometown in search of work, with most moving to Yangon to work in the service sector or Tanai, to work in the amber mines.

“They earn a lot in Tanai but return home with a drug addiction,” he said.

The livelihoods of many of Mogok’s residents depends on the mining, trading, cutting and polishing of gemstones – work which can often be dangerous and exploitative. One of the main features of the city is the Htar Pwe (gem market) in which sellers from Mogok and nearby towns gather to sell rough gemstones.

“Increased foreign and local tourists would be a boon for the local businesses tied to the mining industry,” he added.

But a requirement that foreign tourists get permission from the Ministry of Hotels and Tourism and the Mandalay Region Government to visit Mogok, presents a barrier to developing local tourism.

“Tourists see Bagan, Inle, Mrauk-U and the Ayeyarwady delta if they hear Myanmar. Mogok is still not on their travel agenda…But we aim to promote the town through this three-day celebration.” said Dr Thet Thet Khine.