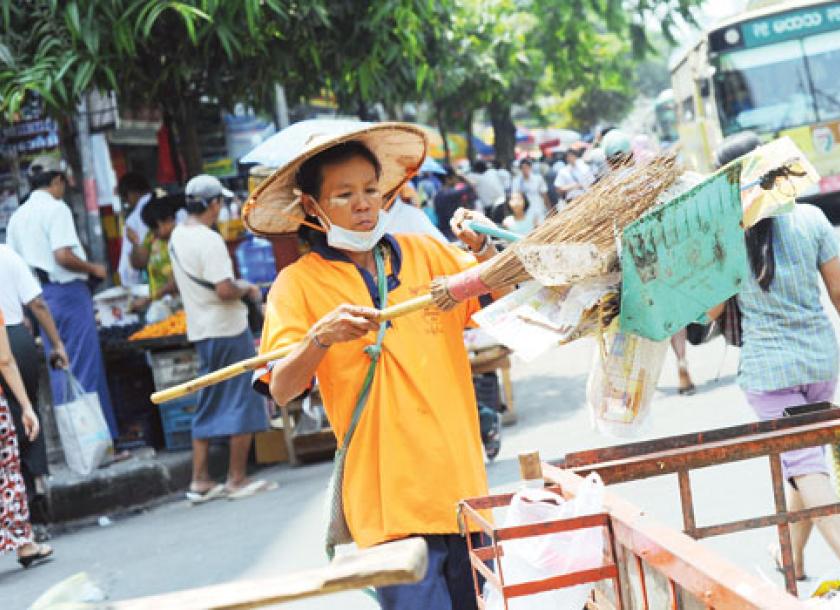 Someone pointed out sometime ago, that Myanmar’s societal relations have largely been “obligations based”. As I understand it, Myanmar’s culture has its roots in the Buddhist religion which teaches love and compassion towards all beings. As such the social norms of relationship developed by the Monks of the Buddhist order and the learned figures in Myanmar’s history evolved around the concept of “obligations” of the members of society towards one another.

The“obligations” of parents, children, husbands, wives, students, teachers and so on have been “codified”, so to speak, into “five general obligations” of each. It has been a “short and sweet” way of reminding members of the society of their “obligations”. As for example, the “obligations” of parents towards their children include to “Steer them away from evil”, “Show them the way to goodness”, “Enable them to acquire learning,” “Start them on a livelihood”, “ Find suitable life partners for them”.

From the point of view of the children, these basically are what they “deserve” and look up to the parents for. The situation is alike in most other social relationships. As such it is accepted that society should function in a civilized manner by the members voluntarily observing their “obligations”.

It’s perhaps the Myanmar way to peace and tranquility within the community and the country as a whole. However in 1948, the year Myanmar regained her independence, the concept of “Human Rights” came to be enshrined in the “The Universal Declaration of Human Rights” proclaimed by the United Nations on 10th of December 1948 at its Conference held in Paris, the capital of France.

Article 1 of the Universal Declaration of Human Rights says “All human beings are born free and equal in dignity and rights. They are endowed with reason and conscience and should act towards one another in a spirit of brotherhood”. The UDOHR, in Article 2 mentions that “Everyone is entitled to all the rights and freedom set forth in this Declaration, without distinction of any kind, such as race, colour, sex, language, religion, political or other opinions, national or social origin, property, birth or other status”.

It also is the obligation of the residents and citizens themselves towards each other. Rule of Law is the principal factor in upholding of Human Rights. A close look at the contemporary scene, it seems that some people are bent on asserting their “rights” (sometimes not even being aware of its legality) but are not too concerned about the “rights” of others thus leading to undesirable outcomes.

Leaving aside for the moment the more serious violations of Human Rights, and focusing on the very “minor” infringements of the rights of the people, one could point to instances such as making loud noises in a residential apartment without consideration of the consequences to the other tenants; placing “obstacles” in front of ground floor apartments to prevent some one parking their car; dumping “waste” into the public drainage system; parking cars in front of street shops to buy or eat food oblivious of obstructing the traffic flow; parking their cars on or besides the pavement where no parking is allowed; setting up food and other stalls where it will obstruct public circulation and so on need to be tackled first.

This trend has to be checked through making people more aware of “Human Rights” in all it’s aspects no matter how trivial and enforcing laws and rules related to Human Rights. Weakness in enforcing these laws and rules will only embolden the rulebreakers to make further infringements of Human Rights. Hence for the benefit of progressing towards a more “rights -based”, society the “Rule of Law” has to prevail.

But that does not mean abandoning the traditional “obligations” approach which is embedded in the hearts and minds of the people since ancient times. It means “blending“ of both “rights” approach with the “obligations” based culture for moving towards a more law-abiding and caring society. With Charity to all and Malice towards none.