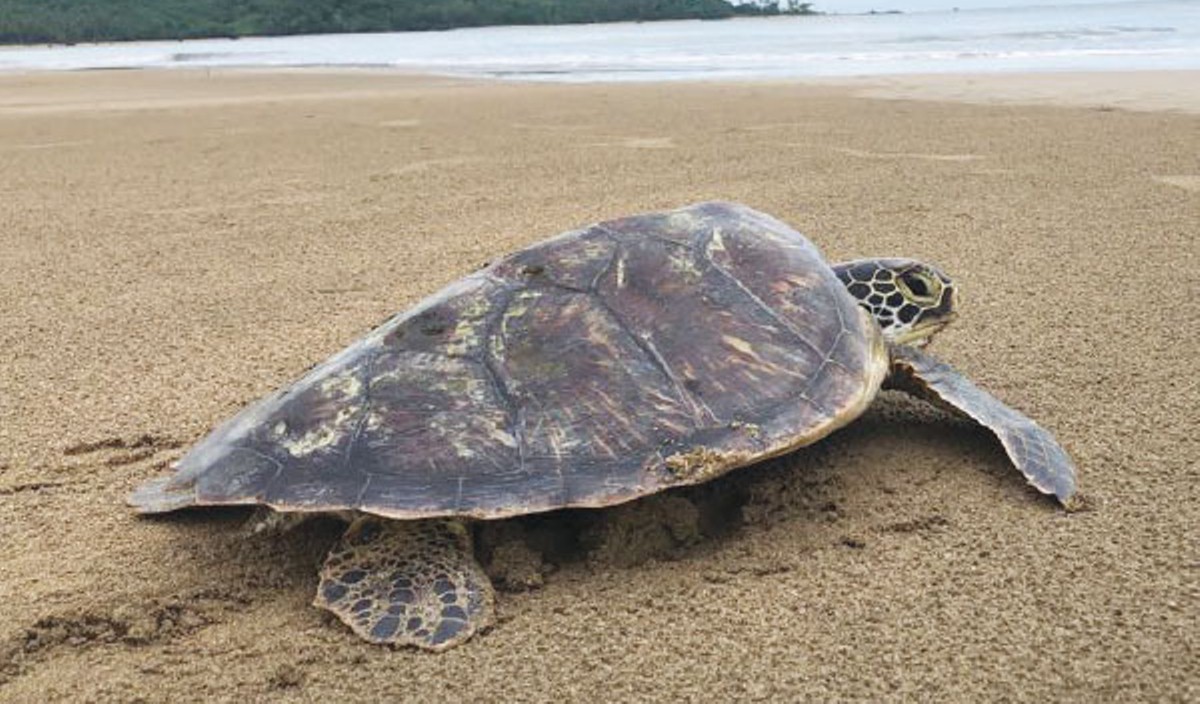 The sea turtles that were previously seen in the Yellow Sea and in the sand are now difficult to spot. Sea turtles are threatened with extinction for a variety of reasons, including man made.

Myanmar has a rich biodiversity. Freshwater turtle There is a sea turtle, and turtle conservationists have now taken steps to preserve the turtle and freshwater turtles.

In the past, sea turtles were very rich. One egg was about seven thousand. This is his life. Now it’s a very rare stage, ”said Dr. Kay La, on behalf of the Wildlife Conservation Society (WCS) and the TSA.

Mainly, sea turtles are caught by fishing nets by accident and later eaten and eaten. Eating eggs Due to the turmoil of the turtle, it is gradually becoming less and less likely to die. Myanmar Turtle turtle Tortoise There are five species of sea turtle called turtle.

Sea turtles support the marine ecosystem and grow in seagrass, seagrass, and seagrass. It uses wastewater and recycles its waste. These impurities are recycled by fish prawns.

In addition, turtles are an important animal to the marine ecosystem because they eat the organisms that cause the Red Tide to be toxic. 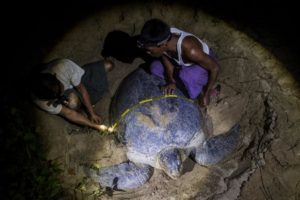 Why sea turtles are rare

Fishing nets are the biggest threat in the region, due to the scarcity of marine turtles supporting the ecosystem. Fishing nets are used for fishing nets that are used illegally for fishing. Not only the prawns are packed with shrimp, which is the beginning of the extinction process, Dr Kail said.

When you look at the condition of the belly when it is in pain, you can pull it up. When used, they run out of space. He saw the big pipe and he couldn’t escape. There are many fatalities in the pipeline, ”he said.

Some of the fishing boats have released the large turtles that have come in the tubes, but they have not been released. “It was so long that it was submerged in the water, but it was less likely to be released.

Internationally, fisheries are also being killed by sea turtles because of the death of seabirds, so the TED release tool, known as TED, can be returned, and there is no such system in Myanmar, he said.

The distinctive feature of sea turtle eggs is that they are remembered for years, and when they grow to maturity they often come to the beach.

“The magnetic field that had been spawned was recorded, and after about 30 years he returned to the hut where he lay. The eggs hatched in the same way he grew. I’m not going anywhere else. If the eggs are hatched in this way, there will be no more turtles to return to. ”

For that, it is necessary to limit the consumption of turtle eggs to consumers. He said sellers need to take action to educate them. In addition, climate change is one of the causes of turtle decline.

Naturally, the turtle eggs hatch over 100 eggs at a time. Eggs are fertilized twice or three times a year. However, in a variety of ways, the rate of egg-laying decreases with the percentage of viability.

There is no list of deaths. The eggs are successfully fertilized. They eat turtle eggs; There is no chance for them because they are selling at the markets, ”he said.

If the eggs are successfully hatched from hatchery consumers, there is a danger that the larvae can be eaten as food for birds and fish. If not exposed to these hazards, the effects of eating plastic and garbage floating in the sea will also be affected. 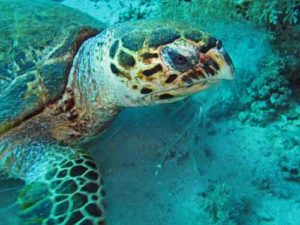 To prevent extinction of marine turtles, the Department of Fisheries (WCS). In cooperation with the International Wildlife and Plant Conservation Society (FFI), it is providing education to reduce the consumption of turtles and turtles. Preaching to people to become involved in conservation activities; Making education posters.

Nepali Island Turtle Refuge Station, Hlegu Township, Irrawaddy Division; Bogale Conservation Research Center in Bogale Township; Deputy Director General of the Department of Fisheries U Myint Zin Htoo said the conservation works were being carried out on the Panglong Board in the Panglong Township, Tanintharyi Region.

Even in these areas, field turtles can be cultivated by nature. Migration and Tag-ging migration pathways. Pastures; The place where the honeymoon is located; Growth rate; He added that tagging and release of turtles that came to the turtle and other turtles for information about mortality and reproductive biology, he added.

“The sea turtles are in a position to control it,” said Myint Zin Htoo. The Department of Fisheries is responsible for the development of marine turtles, such as natural reproduction, fisheries, and aquaculture. According to the migrants, there were 5,315 eggs laid in Lone Island in 2017-2018, up from 3,901; He said 1,957 eggs have been released on the island of Kandahan, with 1,622 released.

He said: “Not all eggs are alive.” Death; Eggs are damaged. Every year, the egg grows in this environment, ”said Myint Zin Htoo.

Egg turtle eggs hatch in Myanmar from November to March, during which the eggs are monitored and maintained. The Bird Conservation Team has not yet done any conservation of the sea turtle, but is currently in the process. There are conservation and education classes in some areas of Rakhine State and Tanintharyi, where seagrass is located.

”Local people are opposed to turtles. I didn’t do anything. When you meet, they just talk. We have to educate people not to eat it, ”he said.

In addition, conservationists say the rare species of marine turtles will thrive if the laws are strengthened and more effective conservation measures are implemented. ”There are a few existing islands. “They will return if the eggs are left unattended,” he said.

Conservation measures are being taken to prevent the extinction of sea turtles, as well as to shoreline, which is endangered. Dr Kelley suggested that offshore fishing should be strictly regulated.