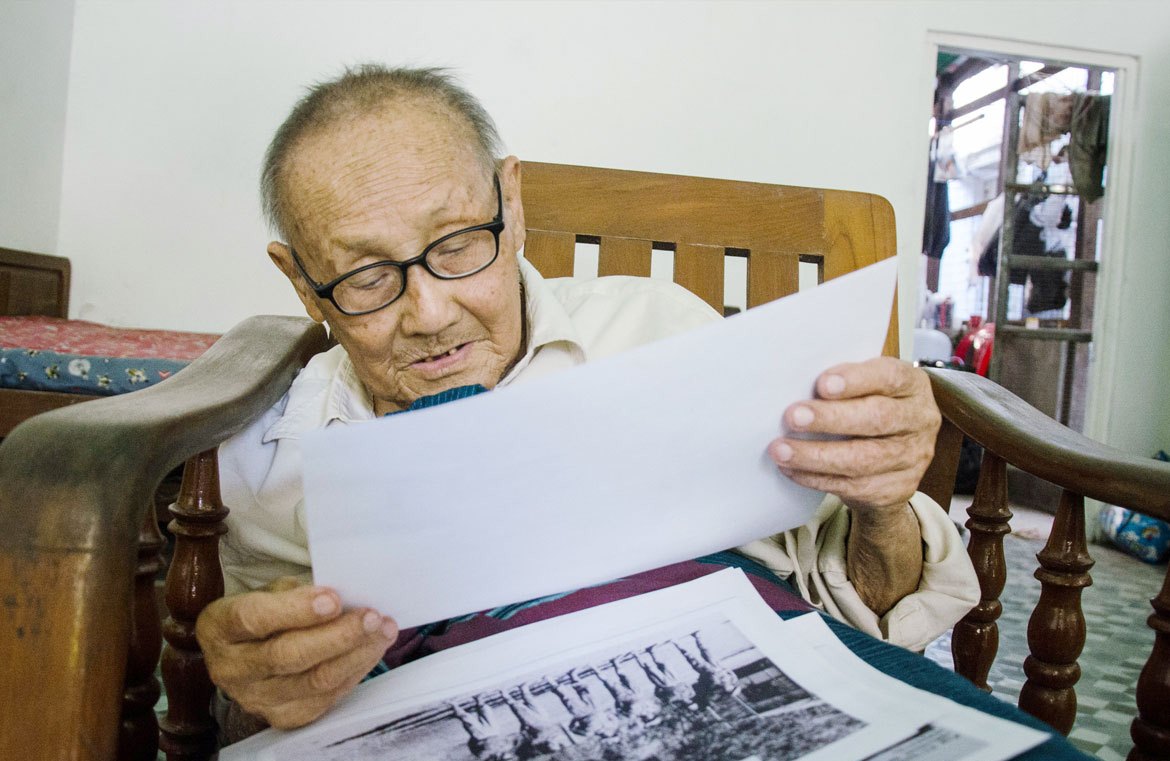 U Saw Berny is turning 97 in March. But he vividly remembers the days he fought against Japanese soldiers as if it happened yesterday. He even gives a very lucid recollection of the events with dates.

U Saw Berny is one of few living World War Two veterans in Myanmar. He doesn’t like to dwell on the past and only talks about the war when asked – not for pride but to teach the people that there is no real winner in a war, and both sides suffer.

The veteran started his story on December 23, 1941 when the Japanese army bombed Yangon, Pathein, Mawlamyein, Dawei and Taungoo. He was then in middle school in Phapon, Kayin state, which was invided by Japanese soldiers in 1943.

“My father had died and my uncle who adopted me also passed away. The other villagers raised me and I worked in farming. Japanese soldiers came to Phapon at the end of year 1943, looking for major Seagrim,” U Saw Berny recalled.

Major Seagrim was the founder of a volunteer group in Phapon and U Saw Berny was one of the members. In September 1944, major Seagrim and with five other Kayin natives were killed by the Japanese army. 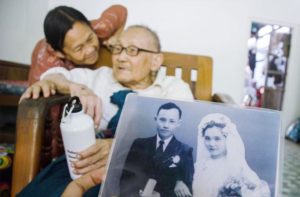 Shortly after, at 19-years-old, he got drafted in the British army. After a three-months training in guerilla warfare – learning to ambush, scout, plant booby traps and use a sniper, he was assigned to hiding and disseminating explosives.

“When I looked back on it, I thought it was such a fearful work to build a booby trap. I was greatly mindful of it,” he said.

About 500 Kayin soldiers, many of them students, carried out a raid on Kyaukkyi, Taungoo where about 2000 Japanese soldiers had taken residence. U Saw Berny was one of them.

It rained when they approached Kyaukkyi. “It was God’s plan. If it had been dry, the leaves would have crackled under our feet and they would have heard us. When it rained, no one could hear us,” he said.

Along with fellow soldiers, U Saw Berny was assigned to ambush the accommodation of Japanese seniors.

“It was 5:30am. All seniors in the house were defeated in the ambush. They didn’t even have time to retaliate,” he added.

The following months U Saw Berny roamed the jungle, hiding booby traps to defeat the Japanese soldiers marching the forest and the Thanlwin River on rafts.

“Stones were flying in the air. It was a tragic scene and we were also hungry, tired and at the mercy of leeches, spending sleepless nights,” U Saw Berny added.

The war ended in 1945 when the Japanese empire surrendered. “It was the end of the war. They smiled at us and we smiled back while they came down to a creek for drinks in the jungle.

They groaned ‘war is no good…war is no good’,” he said. After the Second World War, U Saw Berny worked as a radio officer and then a flight operations officer in the civil aviation for 38 years. In 1984, he retired.

“In recent years, I spent days preaching the gospels,” he said. “Battles are terrible. They cause pain to both sides’.